As stock markets move to new highs, asset managers are booming, with vast inflows into bond and equity funds alike. The IMF has pointed out the potentially systemic risks created by concentrated pools of inflated and increasingly correlated assets. It is now time for regulators around the world to recognize the risks inherent in asset managers and funds that are too big to fail.

The financial crisis highlighted risks in banks and insurance, but other areas have been overlooked until now. Finally, the Financial Stability Board (FSB) and the International Organization of Securities Commissions (IOSCO) are beginning to recognize risks in the investment sector and are turning their attention to some of the largest managers. In Washington, D.C., this month, European Central Bank (ECB) vice president Vítor Constâncio warned of the build-up of leverage and the growing exposure to illiquid assets in the asset management sector. But there seems no hurry to plug the gaps.

The risks in big bond, equity income, and emerging market funds must be addressed. Asset managers reject any suggestion that they might represent a threat to the financial system and are quick to point the finger at banks. But globally, the top 10 asset managers have a market share of almost 30% of their sector, much more than the top 10 banks represent in banking. Assets managed globally are estimated to exceed $80 trillion. Looking at it another way, BlackRock (the world’s largest asset manager) managed roughly $4.7 trillion in assets at the end of 2014, while the Industrial and Commercial Bank of China (the world’s largest bank) had “only” $3.28 trillion in assets on its balance sheet.

Quantitative easing (QE) has spurred growth in the investment sector since the crisis, contrasting with shrinkage in banking. Asset managers might not have leveraged balance sheets, but they are globally interconnected. The IMF noted this month that “correlations among major asset classes have risen markedly since 2010. Worryingly, concentration is not decreasing as the industry grows. Yet central banks seem unaware they might have exacerbated risks, creating asset bubbles with easy money policies. Why have regulators been slow to act?

Might the regulatory burden itself be a key driver of these concentration risks? The industry is being forced to improve its offerings for consumers, but there is little sign that competition itself is increasing. Cost and security seem to have become priorities for investors and their advisers, even above performance. Large funds offer apparent ease of dealing — in terms of investor subscriptions and redemptions — but underlying portfolio liquidity is likely to be deteriorating as they grow.

Undoubtedly financial advisers believe they are opting for safety. The virtuous cycle of success and fund growth gets regulatory encouragement. Many advisers find that larger funds reduce the compliance burden, in addition to being easier to explain to retail clients. Name recognition, perceived liquidity, and cost have become bigger factors than performance.

But in Aggregate, Systemic Risk May Be Growing

Overall stock market trading volumes are declining, with less capital now involved in market making. Big portfolio positions might be liquid enough for normal day-to-day dealing, but could be left stranded if investors make any significant rush for an exit. Regulation directs advisers to look at the apparent liquidity and security benefits of scale, but what is missing is a test of how this might work in a crisis.

New factors have been driving this fund concentration. Some star managers have attracted an enormous following, encouraged by the emphasis on brands and personality. The industry has always enjoyed good operating leverage, but strategy now seems focused almost entirely on scale. Scale offers great commercial advantage, with profitability improving as funds grow. Fortunately there are incentives for the best managers to limit fund growth to a level that still leaves opportunities for genuine performance.

But, increasing concentration points to the dominance of scale as a factor.

The recent acceleration in scale and concentration has, to date, seen only limited tests. Moves of star managers, such as Bill Gross, CFA, have triggered significant but orderly fund flows. Yet, it is possible in some less liquid asset classes — such as emerging markets and corporate bonds — for investor liquidity demands to exceed realistic liquidity in a sell-off. A fund’s scale can create an illusion of safety that may not be understood by private investors.

The regulatory problem is that managers are typically required only to test liquidity on open-ended funds at the margin — whether subscriptions and redemptions over a period of weeks should be at bid or offer prices. They must consider whether fund inflows or outflows might compromise fairness for ongoing fund investors. And, if mutual funds are very small, managers must consider an orderly plan for protecting residual investors and ensuring orderly liquidation.

While regulators worry about investors in small funds, there is no symmetry in the approach to the risks of the largest funds. Managers should be required to demonstrate the implications of a significant withdrawal: how they might achieve price discovery and liquidity. If their only plan is gating investors, the systemic risk could simply be pushed elsewhere. Investors would scramble for liquidity in other assets if their largest investments were locked-in for a period.

The FSB, chaired by Governor Mark Carney of the Bank of England, recently warned that it would move to address any too-big-to-fail problems among entities that are neither banks nor insurers. But it is still consulting and has not yet spelled out what new rules are necessary. There is an urgent need for research and analysis to develop a working definition of systemic risk. And, it would be best if this were harmonized globally so that global asset managers know where they stand.

Together, the FSB and IOSCO aim to look at the potential for size, complexity, and interconnectedness to impact the wider financial system through disorderly failure. The new consultation will likely focus on managers with AUM exceeding $1 trillion and funds of over $100 billion, but it is easy to see that smaller funds than this could raise systemic issues, particularly when considering that some may employ leverage. The asset managers likely to be affected have not yet been named, and this consultation will continue until 29 May 2015.

This approach may not capture risks to individual national or regional finances. If concentration might be a risk globally in asset managers, the risk to individual exchanges and asset classes should surely also be looked at. National regulators should ask managers to be more explicit in explaining the risks of scale to investors. More detailed attention to funds below $100 billion that might dominate their asset classes is needed. And a broader set of policy tools is necessary to address the risks stemming from financial firms at large.

It is time for regulators to move from their narrow focus on banks and insurers to recognize wider systemic risk. 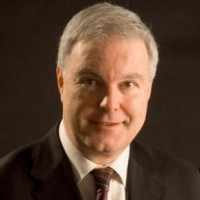