Jean Tirole’s crisp volume Financial Crises, Liquidity, and the International Monetary System recently arrived as a reprint. The book derives from lectures that Tirole delivered at the Bank of Italy in 2000, with a first printing as a book two years later. Tirole’s winning the Nobel Prize in Economics in 2014 prompted the book’s reissue. He won the prize “for his analysis of market power and regulation,” which at first glance seems to have little to do with the book’s subject. As the Royal Swedish Academy of Sciences announcement of the prize said,

“Jean Tirole is one of the most influential economists of our time. He has made important theoretical research contributions in a number of areas, but most of all he has clarified how to understand and regulate industries with a few powerful firms.” (Persson and Ellingson 2014)

The large majority of Tirole’s oeuvre is in the field of industrial organization, although he did write a series of papers with Bengt Holmstrom specifically on liquidity (referenced in the book’s bibliography). Still, we have this collection of essays on the international monetary system, which on reflection makes sense because the coterie of sovereign central banks and multinational lenders — including the International Monetary Fund (IMF) and the World Bank — constitutes an oligopoly of a sort.

Despite the book’s age and provenance, Tirole’s analysis was highly predictive, if not of the timing or magnitude, then at least of the qualitative features of and preventatives for the financial crisis that arguably precipitated the Great Recession some seven years later. We live with that recession’s aftereffects in Greece, the EU, and elsewhere to this day.

Consider the following passages, which accurately describe how the IMF, the European Central Bank (ECB), and the EU handled the Greek financial crisis. Remember that Tirole first spoke these words in a speech in 2000:

“There is widespread agreement on the desirability (although not on the feasibility) of forcing the foreign investors [i.e., lenders] to share the burden in a case of crisis. The argument is that bailing in the investors will force them to act [ex ante] in a more responsible manner in lending only to countries with good fundamentals. [However,] the bail-in policy is not time consistent as international financial institutions are unlikely to stay passive and let the crisis unfold when bondholders refuse to write down some of their claims.

“[Thus,] there is an inherent conflict between ex ante incentives and ex post efficiency.”

Tirole’s analysis explains why regional or international regulators could easily have failed to enforce proper ex post incentives and thus failed to induce lenders and bond buyers to lend more to Greece ex ante than they would have as purely private lenders. As Tirole wrote,

“If the creditors [banks, bond investors, and others] and the debtor [Greece] stall in their negotiation [to restructure failing loans], creditor countries’ governments [EU members], to the extent that they enjoy large gains from trade with the debtor country or have geopolitical stakes in the country’s stability, may be drawn into contributing to rescheduling agreements. In the presence of such “ex post subsidies,” competitive lenders are willing to lend more at any given interest rate and the borrowing country is able to extract the corresponding surplus.” [italics added]

With similar insight and prescience, Tirole explains several phenomena: the roles of comparative advantage in trade and other forms of implicit economic collateral in securing lenders; free-rider problems when multiple lenders provide financing to a single borrower; the role of ministries of finance, central banks, and international financial institutions in monitoring and containing such free-rider problems; and the necessity of lenders of last resort.

Chapter 4, “Liquidity and Risk-Management in a Closed Economy,” addresses several issues arising currently. One is the evolving role of the EU and the ECB, including whether countries such as the United Kingdom ought to remain in the fold (to wit, the “Brexit” vote of June 2016). The United States for decades and longer has had ongoing debates, including in the 2016 presidential election, about the federal government’s proper role and size as well as the propriety of the Federal Reserve System’s independence and scope of authority. Tirole focuses on the vital importance of credit and liquidity in a modern, growing economy. His analysis strongly suggests that a wide variety of government interventions in an otherwise free economy are vital to efficiency. Such interventions as bank deposit insurance, bank capital requirements, the discount window, countercyclical monetary policy, lending as last resort, social security and other public insurance schemes, fiscal policy, taxing authority, exchange rate policy and, fundamentally, systems of law all contribute to institutional capital and thus to an economy’s ability to secure sufficient liquidity and external sources of financial capital.

A government that installs such mechanisms, Tirole explains, also has the power to dismantle them and hence to deplete institutional capital for short-run political advantage at the expense of long-run efficiency. Seemingly unrelated actions having that effect include subsidizing such nontradable assets as real estate (e.g., China in the 21st century, the United States for many decades), failing to promote trade or otherwise inhibiting exports, encouraging currency and maturity mismatches between liabilities and assets, imposing capital controls, devaluing currencies, and fostering rapid inflation, among other ill-advised policy moves.

Tirole’s book is accessible and illuminating for economists and interested lay readers, delivering his subtle, sound economic reasoning in clear prose and without a single mathematical equation. Some jargon finds its way into the text but should be understandable with an occasional reference to other sources or careful reading. Given its substance, scope, and insight, this book deserves a place in readers’ collections along with two classics of international finance: Manias, Panics, and Crashes (Kindleberger and Aliber 2015) and This Time Is Different (Reinhart and Rogoff 2011).

The reviewer’s affiliation appears for identification only. Opinions expressed in this review are those of the reviewer and should not be attributed to Rockefeller & Co. 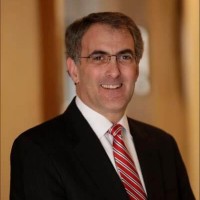 Matthew D. Gelfand, PhD, CFA, is a senior economist, senior investment advisor, and managing director of Rockefeller Capital Management. Prior to joining Rockefeller in 2010, he was with several institutional investment-advisory firms, including Strategic Investment Group where he was responsible for more than $1.2 billion of globally diversified assets, and Calvert Group, a leader in socially responsible investing. He also worked as an economist with the Federal Reserve Board and Wharton Econometric Forecasting Associates. Gelfand is a CFA charterholder and a Certified Financial Planner™ professional. He earned a PhD from the University of Pennsylvania and a BA from Yale College, both in economics. He was on the board of directors and remains on the investment policy committee of the Forward Association, a nonprofit founded in 1898, and is on the investment and finance committees of the Wallace Global Fund, a private foundation, where he now serves as treasurer. He has spoken about investments at numerous professional conferences and has appeared on a number of occasions on CNBC to discuss the monetary policy outlook.