Why Isn’t There Any Inflation?

By Brodie Gay
Posted In: Drivers of Value, Economics

Ten years have passed since the global financial crisis. The world economy has recovered, yet we still have not emerged from the most aggressive monetary policy regime ever implemented.

The US Federal Reserve has only recently begun to hike interest rates, and its plans to unwind the trillions of dollars of private mortgages sitting on the public balance sheet are still up in the air.

When should the Fed take its foot off the pedal? This question rests at the center of a longstanding policy debate between the monetary hawks and doves. Both agree that when policy becomes too accommodative and no real output can be gained from top-down intervention, the market-wide prices of investments, goods, and services increase. The effect is inflation. And while a small, constant rate of inflation is generally considered healthy, large and volatile jumps can be devastating to an economy.

To maintain its dual mandate of full employment and stable prices, the Fed should, therefore, begin raising interest rates once inflation accelerates.

Oddly, published estimates suggest inflation has been nonexistent despite extended, near-zero interest rates and a near doubling of the M2 private money supply since the recession.

Why? Because changes to the measurement methodology of inflation in 1983 have led to the persistent understating of real rising price levels for the median household, thereby clouding the Fed’s policy decisions.

Latent inflation has caused broader damage, however, creating a substantial loss of income for those whose pay is directly linked to published inflation estimates — pensioners, social security beneficiaries, and wage laborers, in particular.

Estimating CPI, A Proxy for Inflation

The most widely used proxy for inflation is the consumer price index (CPI). The US Bureau of Labor Statistics (BLS) publishes a monthly estimate of the annualized increase in prices. This CPI measurement and the estimate of the unemployment rate are two primary signals that guide the Fed’s monetary policy decisions.

The calculated inflation rate is highly sensitive to both basket composition and the integrity of price estimates. Improving the price signal is only a matter of larger-scale sampling and robust aggregation, while constructing the representative basket is subjective. Judgments are made to determine which expenditures are staples and which are discretionary, luxurious, or investment related. Some expenses are easily labeled, but others, like housing, are not so straightforward.

Is a home a staple household expenditure?

In 1983, the BLS implemented a consequential shift in methodology. The BLS submitted that a home purchase was no longer a staple expenditure, that only rental costs or owner-equivalent rents, say the rent a homeowner estimates they would pay to live in their own home, should be included in the CPI computation.

Since the 2008 crisis, US homeownership rates have steadily declined to 50-year historical lows. The prices of homes, along with other investments, have doubled, while the median household income has stagnated.

The stock of housing is flowing into the hands of fewer wealthy landlords who have the capital to take advantage of the current low mortgage rate environment. Despite this troubling trend, 64% of homes are still owner-occupied, so including home prices in the representative basket seems appropriate.

Has the Fed always been so dovish?

The Fed’s policy strategy evolved substantially over the past 40 years. In the 1970 and 1980s, Paul Volcker sparked a recession by setting the effective Fed rate as high as 19% as part of his hawkish campaign to curb massive post-war inflation, which peaked at 14% a year. At the time, Volcker’s decision was unpopular, but with a good deal of hindsight, history has honored his stoicism.

Ever since, Fed leadership has been “dovish,” accommodative, and popular. Interest rates have decreased and the money supply has multiplied. These policies also coincided with massive economic bubbles, their subsequent collapses, and the 2001 and 2008 recessions.

Nowadays, econometric models guide the hand of the Fed and policy decisions are increasingly algorithmic and data driven. Modern economic doctrine, the Phillips Curve system, and the NAIRU (non-accelerating inflation rate of unemployment) define a clear trade-off between unemployment and inflation. Given an inflation target and unemployment tolerance, the Fed’s course of action is mechanical, seemingly dampening the risk of political interference.

Hidden behind model confidence, however, is an amplified risk of measurement error. By redefining inflation and biasing it downward, the BLS has allowed the Fed to prolong periods of easy money.

The BLS’s estimation of household expenditures is an earnest effort to describe the world as it is. But when judgments are made about what should and should not qualify as a basic expenditure, biases emerge. These biases have a real effect on household earnings and economic policy and impact the livelihood of those most vulnerable to rising prices.

Perception influences reality. By choosing to view the median household as a renter and not a homeowner, Fed policy promoted decreasing homeownership rates and exacerbated inequality between the middle and upper class.

The consequences of inflation are ubiquitous, making the accurate measurement of CPI critical. 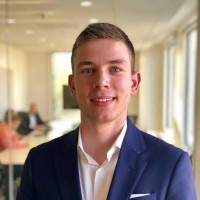 Brodie Gay is a financial data scientist who combines large computer clusters with state-of-the-art machine learning to price and forecast financial assets. He currently works at Unison Home Ownership Investors where he developed a pricing engine to continuously appraise and forecast the prices of over 100 million unique homes in the United States. Brodie graduated from UC Berkeley with a bachelor's degree in engineering physics and a master's of financial engineering (MFE) degree. He is a lecturer for Eric Reiner's "Quantitative Methods in Derivatives Pricing" course and teaches graduate-level workshops in machine learning and parallel computing. He worked as a quantitative strategist for the financial institutions group at Goldman Sachs where he priced insurance policies and optimized bank balance sheets. Before entering the field of finance, he designed and drafted patents at a boutique IP firm in his hometown of Toronto.

13 thoughts on “Why Isn’t There Any Inflation?”