South Africa is renowned for its stunning landscape, spectacular wildlife, vibrant cities, and epic political history. But these days the country is also a hotspot for luxury apartments, hotels, retirement estates, and second homes.

In fact, 40,400 high-net-worth individuals (HNWIs), with combined wealth holdings of $171 billion, call South Africa home, according to Research and Markets’ South Africa 2017 Wealth Report. It’s no wonder, then, that International Banker wondered if South Africa is the “world’s last wealth-management frontier,” and noted that, “after a few false starts, a more sustainable pattern of growth is emerging that is illustrated by the growth of the middle class.”

I was able to learn about the opportunities for wealth managers — and see some of the most spectacular wildlife and scenery of my life — when I spoke at PSG Konsult’s annual conference, held in South Africa. PSG Konsult is a leading independent financial services group with an extensive South African footprint as well as a presence in Namibia and Mauritius*. To learn more about the exciting wealth management industry in South Africa, I spoke with the CEO of PSG Konsult’s wealth division, Marilize Lansdell.

April Rudin: What aspects of private wealth in South Africa would likely most surprise an outsider coming to the country?

Marilize Lansdell: Although South Africa is a developing country, it has a well-developed wealth management, fund management, and banking system, and its financial services sector is well regulated. Although South Africa is neither the largest country in Africa geographically, nor in terms of population or gross domestic product (GDP), it remains the leading country in terms of the amount of wealth held and the number of HNWIs. A recent report found that South Africa has over twice as many HNWIs as any other African country and is home to five US-dollar billionaires, each with net assets of $1 billion or more. It also has one of the 20 biggest stock exchanges in the world. JSE has been, in terms of market-cap growth, one of the fastest growing stock markets worldwide over the past 25 years. Moreover, South Africa is a potential hub for doing business in the rest of Africa.

As South Africa’s socio-political climate has changed over the past several decades, what are some ways that the wealth management industry in the country has changed as well?

South Africa’s political fortunes have ebbed and flowed since the African National Congress (ANC) has taken over as the ruling party. Recently, we saw a period of more negative sentiment punctuated by rating agency downgrades in light of concerns surrounding stagnating economic growth, corruption and “state capture” (an attempt by private parties to use state assets and enterprises to their own advantage).

Following on the election of Cyril Ramaphosa as ANC president in December 2017 and South African president in February this year, we have arguably started to see a reversal in sentiment (so-called Ramaphoria). Despite the progress made over the last 20 years, there can be little doubt that many social challenges remain, of which inequality and unemployment are probably the most pressing. Wealth managers have a significant role to play in employment equity and financial inclusion and there is also a clear regulatory imperative to transform. This requires them to ensure their staff complement becomes more reflective of local demographics and that they have a focus outside of their existing client base. As such, they also have to focus on skills transfer and consumer education initiatives.

Where does the majority of private wealth come from in South Africa (e.g., family wealth, natural resources, etc.)?

Contrary to what you might expect, most of South Africa’s super-wealthy individuals are self-made. In fact, recent research found that only 6% of these individuals inherited their wealth.

What do wealthy private investors in South Africa tend to prioritize the most in terms of exposure to risk and their preferred asset classes?

South Africa remains a country of contradictions. Our political past resulted in economic isolation, and this together with a volatile currency has led to strong focus on offshore investments.

Furthermore, most wealthy South Africans are keenly aware of the unique features of our market that can present challenges to investors — for example despite our deep and liquid markets, South Africa accounts to less than 1% of global GDP. Focus on geographical diversification therefore remains a concern.

Our markets are also highly concentrated and may require a specialist wealth management approach — simpler approaches that work well in markets with more diversified structures, could very well fail here. As many of the wealthy made their money from business ventures, equities remain the preferred asset class. Therefore, bespoke equity portfolios as well as funds have been popular, with the most popular in our stable being in the medium equity space.

What are some ways that the South African wealth management industry reaches out to female investors?

South African businesses are expected to ensure their staff reflects local demographics and similarly, there is an expectation for their client bases to also be transformed. Every business realizes they must grow their share of female investors along with their representation of black investors. As the financial services industry itself has been transforming over the past 24 years, the focus on having a more inclusive client base has also been on the rise.

While in the past corporate events have traditionally been designed to cater to male preferences, these are now increasingly also taking female interests into consideration. Many wealth managers now also host women-only events. There are more opportunities for female financial advisers. As a whole, we are seeing a slow cultural shift within the financial services industry, which tended to be quite male dominated in the past, to becoming more inclusive.

How has technology changed the wealth management industry in the country — for example, firms’ use of social media to reach current and prospective clients?

Technology has definitely made pricing more competitive. Africa is already leading the way in mobile banking — the amount of money sent using cell phones is larger in Africa than in Europe and North America combined, according to Gartner. The changing technology landscape has also meant that the local industry has had to reconsider their value proposition and models. We have seen a proliferation of smart devices — clients are now offered an omni-channel approach to more advanced features such as spending analyses, wealth management capabilities, opening new accounts, and personalized offers. Of course, we have also seen the rise of robo-advisers in SA. There has generally been a move towards the hybrid space in SA where human adviser and technology will offer a holistic financial solution.

What do you want the world to know the most about private wealth in South Africa?

Between 2007 and 2017, the number of dollar millionaires in South Africa only grew by 2%. This was mainly due to the global crash in 2008, the political crisis of 2015 and 2016, and the recent disappointments of the Zuma government. However, over the next 10 years, HNWI growth in South Africa has been forecast at 28%.

Therefore, I would argue that people should not underestimate the South African market or write it off due to recent disappointments. If there is one thing we know for sure about South Africans, it is that they have the potential to surprise the rest of the world in the most unexpected ways.

* This piece originally stated that PSG had a presence in Mauritania. That was incorrect. It has been updated to reflect the correct information. 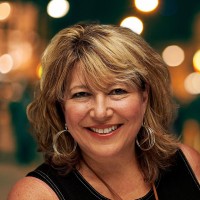