The Changing Nature of Recessions

We may not have seen the end of boom and bust — as former UK prime minister Gordon Brown once claimed — but the world’s leading economies do appear to have become more stable in recent decades.

This observation doesn’t mean the next recession (which we define as two or more consecutive quarters of economic contraction) is guaranteed to be mild. But analysis of the key components of the US economy suggests that the downturn — when it comes — is likely to be less severe than in the past. On the flipside, our research also suggests that the eventual recovery will be less robust.

Our analysis begins with a look back at the anatomy of US recessions since 1948. We chose to examine the US economy partly because of better data quality (this period covers 11 recessions) and partly because US downturns have often sparked economic weakness overseas. However, our analysis has also found that trends highlighted in the United States appear to be relevant in major developed economies around the world.

Towards a Smoother Economy

The US economy has gradually stabilized over the last 70 years. Growth has slowed considerably, but recessions have generally become milder — and recoveries weaker. And because the drop in economic volatility has broadly outweighed the slowdown in growth, recessions have occurred less frequently over time.

This economic stabilization appears to be primarily due to better inventory management by US corporations, and less disruption from big swings in government spending or volatility in the housing market. The services sector, which is more stable than manufacturing, has also become a much larger part of the US economy since the end of World War II.

However, just as downside risks to the US economy have been muted, the tools to stimulate growth have been blunted in recent years. In particular, the scope for fiscal and monetary policy to drive sharp V-shaped recoveries has faded.

So when do we think that the next recession is most likely to start? Our simulations, based on the most recent 20 years of US data, suggest that the probability of a recession starting in the United States won’t exceed 50% until the third quarter of 2022 — this is two quarters later than would have been expected based on the experience of the previous 50 years. Investors today can therefore reasonably expect to enjoy a few extra quarters of growth compared to investors in the past.

Investors can also expect future downturns to be less severe, and for recoveries to be weaker. On average, the US economy has contracted 1.9% in real terms during the 11 post-war recessions and grown by 13.9% in the three years after each recession ended.

In contrast, based on the economic behavior of the last 20 years, a hypothetical future recession could involve a smaller 1.4% decline from peak to trough, but the economy may only be expected to grow 7% in the first three years of recovery.

The Implications for Investors

Rather than allowing investors to time the next downturn, our analysis is designed to help them recognize where the risks reside and consider how they might evolve.

For example, ever-more inventive monetary policy may be needed to support shallower recoveries, which means that over the next decade interest rates may be lower than would have been otherwise expected. Market volatility also could still be as violent as in the past — particularly if a more stable economic environment means that imbalances and asset bubbles have more time to build up.

Overall, however, while investors will find economic growth trending slower than it has historically, they should take some comfort in a global economy that is likely to be a bit steadier. 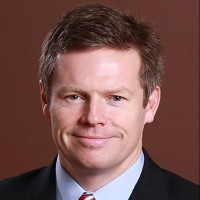 7 thoughts on “The Changing Nature of Recessions”