Edward Altman: Where Are We in the Credit Cycle?*

What Is a Benign Credit Cycle?*

By my definition, benign credit cycles are periods when most if not all four aspects of the market are incentivizing major growth in the supply and demand for credit. That means three or more of the following:

At the midpoint of 2019, all four signals indicate we are still in a benign credit cycle, one that, assuming 2016 was an energy industry anomaly, has just finished its 10th year. That’s the longest by far of any benign cycle in the history of modern finance.

Nonetheless, I am concerned that the bubble in credit markets has achieved new momentum.

Benign credit cycles from the recent past, as Figure 1 demonstrates, have well-below-average default rates, high recovery rates, low interest rate spreads, and high liquidity. They tend to be much shorter than the current 10-year cycle, averaging between 4 and 7 years. Since the modern high-yield bond market began in the late 1970s, the average benign cycle has lasted about six years. Also, once such a cycle ends, the subsequent spike in high-yield bond default rates and decline in recovery rates have been dramatic, with default rates reaching at least 10% for one or two years and recovery rates dropping below 40% and sometimes even below 30%.

Recessions accompanied the three recent spikes in default rates to 10% or above. Though timing recessions is challenging at best, the confluence of a stressed credit cycle with recession is a “perfect storm” that has occurred before and will likely occur again. The difficult question is, when? But in the next downturn, default rates will increase to very high levels and defaults to very high dollar amounts. While the catalyst of a credit market crisis is hard to spot, it could be as simple as a major stock market correction or a significant decline in economic growth in a systemically important country or region — say, the United States or China. Indeed, the increase in yield spreads and negative and volatile returns early in 2016 and again in the final quarter of 2018 corresponded with concerns about China and the United States and lower oil prices. There is also now clearly high correlation between high-yield bond returns and the stock market, with the correlation rising well above 70% since 2008–2009.

The non-investment-grade yield spreads since the record low point in June 2007, when the yield-to-market (YTM) spread was only 2.6%, are depicted in Figure 2. As of 30 June 2019, the yield spread was 4.54% (with an option-adjusted spread of 4.07%), 194 basis points (bps) above the all-time low and 66 bps below the historical average spread of 5.2% for US high-yield bonds. Investors seem content with these yields, and fund flows into risky debt markets, while choppy, have still been elevated as of late. In other words, “risk-on” remains the current theme in credit markets.

Sources: The Yield Book and ICE BofA Merrill Lynch Index Data. This chart and many others relating to credit markets are updated quarterly in E. Altman and B. Kuehne’s reports published by the NYU Salomon Center for the Study of Financial Institutions.

Our fourth credit cycle measure — the liquidity of the market — is the most elusive, volatile, and difficult to gauge and forecast. CCC rated bonds issued as a percentage of all high-yield bonds is a helpful barometer of market liquidity. It effectively demonstrates the market’s acceptance of the lowest-quality bonds, especially at relatively low interest rates. Indeed, the historical cumulative five-year default rate for CCC bonds is about 47%! Interestingly, the CCC percentage registered an all-time high of over 37% in 2007, one year before the start of the last crisis, and has averaged 17.3% since 2005. In 2018, it was 17.3%. So far in 2019, it is 10.2%, indicating that market liquidity is slightly below the mean — and the only one of our four credit cycle metrics that is beginning to signal a potential change in the cycle. This will be an important metric to monitor in the quarters ahead.

US corporate debt and global debt issuance have both grown enormously. Since 2009, investment- and non-investment-grade US corporate bonds have roughly doubled to more than $9 trillion this year. The BBB rating class has expanded the most in dollar amount, to about $2.5 trillion, while high-yield bonds have increased more than 60%, to $1.67 trillion. Coupled with similar growth in leveraged loans, most without any meaningful protective covenants for investors, we can see why so much liquidity has fostered a “risk-on,” low-default market as investors seek higher-yielding, riskier debt amid a generally low interest rate environment. In addition, non-bank lending to commercial borrowers — the so-called shadow banking market — has exploded to an estimated 42% of all commercial lending, according to a 2018 Bank of America Merrill Lynch estimate.

Figure 3 compares non-financial corporate debt (NFCD) as a percentage of GDP with the dollar-denominated high-yield bond default rate from 1987 to 2018. The three peaks in NFCD/GDP prior to the possible new summit in 2018 were followed by huge spikes in the default rate on risky debt. Of course, these default rate spikes closely followed the end of the prior recession. Many economists believe there is a reasonably high probability of a US recession in the next 12 to 24 months. Thus, the recent increase in NFCD/GDP indicates to me that the magnitude of the next spike in default rates, whenever it occurs, will be severe.

The four main sectors of global debt and their growth between 1997 and 2017 are visualized in Figure 4. The NFCD/GDP ratio has soared from 64% to 92% and government debt to GDP from 58% to 87%. While the growth in financial-corporate (mainly banks) and household debt is not as dramatic, the latter is still of great concern in certain regions — Scandinavia among them. Combining the debt-to-GDP ratios of all four sectors yields a total-debt-to-GDP ratio of 217% in 1997, 278% in 2007, and 318% in 2017! I believe the growth in global GDP (unimpressive as it has been) has been fueled, in large part, by the use of low-cost debt.

So, are the credit default profiles of corporate bond issuers in general, and high-yield issuers in particular, stronger now than they were just before the default rate began to spike during the last financial crisis? Were investors requiring absurdly low rates of return in 2007 given issuer risk profiles? Are they doing the same thing in 2019? To answer these questions, we calculated Z-scores through the end of 2017 and compared them with 2007. (Our recent book, Corporate Financial Distress, Restructuring and Bankruptcy, 4th Edition, 2019, provides a detailed description of the Z- and Z”-score models.)

In 2007, the median Z-score on a sample of 294 high-yield bond issuers was 1.84, mapping to a bond-rating-equivalent (BRE) of B+. The median Z”-score was 4.82 (also B+) on a sample of 378 issuers. In 2017, the median Z-score on a larger sample of 529 high-yield issuers increased slightly to 1.98 (still a B+ BRE). The median Z”-score was 5.09, rising to a BB– BRE in a sample of 583 firms. Thus, both the Z- and Z”-scores of the more recent period were marginally higher than they were in 2007, though not to a statistically significant degree. The higher earnings and cash-flow figures were essentially neutralized by much higher levels of debt in the most recent period, even if the substantial increase in the sample’s market value of equity — X4 in our model — is factored in.

Slightly better credit profiles than those just before the global financial crisis (GFC) does not instill confidence. Yet continued weak credit fundamentals do not seem to be influencing current required yields and spreads. It should!

All indications are that the benign credit cycle will continue through 2019 and possibly beyond, especially with the near-term outlook for positive, albeit slightly reduced, economic growth in the United States and China.

History shows that even with positive GDP growth, default rates on US corporate debt can and will start rising prior to a recession. The current cycle has also been extended by numerous out-of-court restructurings, the covenant-lite environment, and expectations that the US Federal Reserve will respond to signs of an economic slowdown or increased market volatility, or both, with aggressive monetary stimulus.

When both macro and micro market forces point to an unmistakably negative outlook, I expect the next stressed credit cycle to produce default amounts that will be higher than any in the past due to the enormous bond, bank, and non-bank debt build-up, and the crisis may last longer than the previous one. Why? Because central banks will have fewer tools to bring to bear and the fiscal stimulus, if any comes, will take longer to assist in the eventual recovery.

I do not expect the next crisis to be as severe or as global as the last. But if real estate and personal mortgage losses also escalate dramatically and China’s economy sharply contracts, it may very well be.

*Except where noted otherwise, this paper contains numerous calculations and data estimates based on the author’s own research and databases at the NYU Salomon Center. 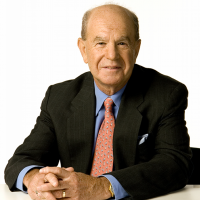 Edward Altman is the Max L. Heine Professor of Finance Emeritus at New York University, Stern School of Business, and Director of the Credit and Fixed Income Research Program at the NYU Salomon Center. Altman has an international reputation as an expert on corporate bankruptcy, high-yield bonds, distressed debt, and credit risk analysis. He is the creator of the world famous Altman Z-Score models for bankruptcy prediction of firms globally. He was named Laureate 1984 by the Hautes Études Commerciales Foundation in Paris for his accumulated works on corporate distress prediction models and procedures for firm financial rehabilitation and awarded the Graham & Dodd Scroll for 1985 by the Financial Analysts Federation for his work on Default Rates and High Yield Corporate Debt. He was a Founding Executive Editor of the Journal of Banking & Finance and serves on the Editorial Board of several other Finance scholarly journals. Altman was inducted into the Fixed Income Analysts Society Hall of Fame in 2001 and elected President of the Financial Management Association (2003) and a Fellow of the FMA in 2004, and was among the inaugural inductees into the Turnaround Management Association’s Hall of Fame in 2008. In 2005, Altman was named one of the “100 Most Influential People in Finance” by Treasury & Risk Management magazine and is frequently quoted in the popular press and on network TV. Altman has been an advisor to many financial institutions including Merrill Lynch, Salomon Brothers, Citigroup, Concordia Advisors, Investcorp, Paulson & Co., S&P Global Market Intelligence and the RiskMetrics Group, (MSCI, Inc.). He is currently (2019) advisor to Golub Capital (New York), Classis Capital SIM S.p.a. (Milan), Wiserfunding, Ltd. (London), Clearing Bid, Inc. (San Francisco), S-Cube Capital Pte, Ltd. (Singapore), and ESG Portfolio Management (Frankfurt). He serves on the Board of Franklin Mutual Series and Alternative Investments Funds. He is also Chairman of the Academic Advisory Council of the Turnaround Management Association. Altman was a Founding Trustee of the Museum of American Finance and was Chairman of the Board of the InterSchool Orchestras of New York.

2 thoughts on “Edward Altman: Where Are We in the Credit Cycle?*”