Imagine this scenario: your hard-earned pension savings are managed by a former university cafeteria manager. Sound unbelievable? Well, this possibility is not at all unrealistic in Japan. Just like there is a university cafeteria worker-turned-librarian, there is also a librarian who was named pension trustee in charge of derivative investments following internal job rotation at a university in the suburbs of Tokyo. In light of the recent scandal surrounding AIJ Investment Advisors Co. in Japan, which has been likened to the prominent Madoff scandal, one might wonder about the duty of loyalty of pension fund managers in Japan, and how to fix related issues.

Among the corporate pension funds which have entrusted money to AIJ, there are unsurprisingly many small and midsize firms, including the pension fund of a regional hospital, regional taxi driver associations, and a small-scale endowment. And since frequent job rotation is part of the culture at many Japanese firms, chances are that the very professionals responsible for deciding to invest in AIJ’s funds may have lacked the proper training, experience, knowledge, and skills to make such investment decisions in the first place.

This brings us to the question of what ordinary employees should expect from the individuals responsible for investing their hard-earned pension savings. The CFA Institute Pension Trustee Code of Conduct serves well to answer this because it represents best practice for members of the pension governing body when complying with its duties to the pension scheme.

If a pension trustee wants to demonstrate the exercise of best practice — which includes a commitment to serving the best interests of beneficiaries — it is important to act with appropriate levels of prudence and care. This would include following the investment parameters set forth by the scheme documents and applicable regulation, and having appropriate knowledge of, and skill in, balancing risk and return by seeking appropriate levels of diversification.

The ones responsible for pension fund investments at Japanese small- and mid-cap companies would do well if they took this principle seriously. Obviously not all of them did, as illustrated by the numerous cases in which over 30 percent of pension assets were invested in AIJ. In one such case, the percentage of pension assets invested in AIJ amounted to almost 50(!) percent. A pension trustee acting with prudence and reasonable care would hardly invest such a big portion of his portfolio in only one fund. Complying with the Pension Trustee Code and integrating it into the firm culture would undoubtedly have saved these funds from greater damage.

Effective pension trustees must also act with skill, competence, and diligence. They would have to know and understand the strategies in which the scheme is investing, the basic structure and function of the selected investments, and the securities in which the scheme invests. In the aftermath of the AIJ scandal, corporate pension funds in Japan would do well to provide adequate training to the pension trustees and adopt a set of principles, like the Pension Trustee Code of Conduct, to guide their investment activities and to retain the trust of their beneficiaries. Recognizing its importance, the CFA Society of Japan even translated the Pension Trustee Code into Japanese a few years ago. Getting a copy and implementing it could be a big step toward an improved investment culture in Japan as well. 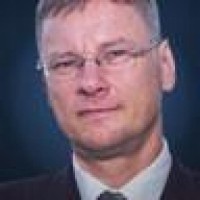