On 23 February, the Hong Kong Stock Exchange (HKEx) launched the second — and likely final — round of consultation before dual-class share (DCS) structures are expected to be introduced to the Hong Kong market later this year. DCS, known as weighted voting rights in Hong Kong, allow companies to issue shares with unequal voting rights.

The HKEx has been one of the top five IPO markets since 2002. Its planned introduction of DCS listings creates a ripple effect in Asia. For example:

With exchanges in Asia racing to abandon the “one-share, one-vote” principle, the commitment to strong corporate governance and investor protection is being put to the test.

Investor Protection Should Not Be Second to Competitiveness

CFA Institute has consistently been strongly against the introduction of DCS shareholding structures as it would undermine the protection of minority shareholders and compromise corporate governance standards. Our position was acknowledged and to a certain extent accepted by regulators and exchanges in the Asia-Pacific region earlier this decade, when both Singapore and Hong Kong resisted compromising their high corporate governance standards and continued to prohibit the listing of shares with unequal voting rights.

Unfortunately, with potential profits associated with DCS listings taking over as a higher priority, exchanges and relevant financial services providers seem to have taken a U-turn on the issue.

In Hong Kong, a broad-brush, four-week consultation exercise by the HKEx is a clear illustration of the new direction. In fact, Charles Li, chief executive of the HKEx, went so far as to say that the latest consultation was intended to help the HKEx “put the finishing touches” to the revised listing rules. Such rhetoric indicates that it is only a matter of when, not if, we will see the listing of DCS stocks in Hong Kong.

The SGX is also launching a second round of consultation on this subject. Although details of the second consultation have not been announced as of this writing, it is reportedly going to include loosened restrictions on DCS listings, such as the removal of the originally proposed sunset clause, which would require automatic conversion of DCS structures into “one-share, one-vote” settings after an agreed-upon period.

Clearly, in just a few years, investor protection has become less important than a stock exchange’s competitiveness and profitability. With other exchanges vying to compete in these markets for new listings, the level of flexibility offered by the HKEx or SGX to issuers may not even become the lowest common denominator going forward.

If DCS structures are indeed accepted, exchanges should at least introduce proper mandatory safeguards to assure that minority investors’ rights are not neglected altogether.

Among others safeguards, CFA Institute believes strong board independence must be put in place as one answer to the problem of underrepresented minority share opinions. As a rule of thumb, for exchanges that do not currently emphasize (1) the separation of the roles of chairperson and chief executive, (2) the appointment of an independent chairperson, or (3) a majority of independent nonexecutive directors to the board, we recommend that strong board independence should be set as a requirement when companies with DCS structures are listed in these markets.

CFA Institute also recommends that all DCS listings should be subject to mandatory time-based sunset provisions. Such provisions would limit preferential voting rights to a defined period, and in turn, relieve minority stakeholders of permanent exposure to moral hazard. Our views align with those of Robert J. Jackson Jr., Commissioner of the US SEC, who articulated his views that preferential voting rights should not be allowed in perpetuity. In his remarks, Commissioner Jackson also pointed out that firms with perpetual DCS structures tended to be traded at a significant discount compared to those with time-based sunset provisions. He added that firms that had given up their DCS share structures saw a significant boost in company valuations. To us, these findings illustrate the need for and advantages of such time-based sunset provisions.

According to the Organisation for Economic Co-Operation and Development and the International Corporate Governance Network, the misalignment of economic interests and voting rights could give rise to the possibility of managerial entrenchment. Therefore, CFA Institute believes that, subject to the results of a thoroughly conducted regulatory impact assessment, exchanges should have a maximum level of voting right differentials implemented. Instead of a 10:1 maximum voting differential that would allow a shareholder with a 9.1% economic stake to possess over half of the voting rights, a lower ratio of 2:1 (requiring a 33.4% stake to have over 50% of the voting rights) or, at most, a 3:1 ratio would be more effective in holding company management properly accountable for their actions, thereby mitigating expropriation and entrenchment risks.

There are also certain situations when company decisions must be made in accordance to a “one-share, one-vote” basis. Among these, CFA Institute includes the setup of a coattail provision that gives shareholders equal voting rights in the event that the company receives a takeover offer. We believe this provision may help mitigate the risk of exploitation of the DCS structure by company executives who might act out of self-interest instead of in the interests of shareholders as a whole. A “one-share, one-vote” mechanism should also apply to situations where decisions for connected and significant transactions are made.

We must avoid conforming to the fallacy of argumentum ad populum, that is, just because an increasing number of exchanges are permitting the listing of companies with DCS structures does not mean that it is the right thing to do.

Empirical studies suggest that minority shareholders do suffer under DCS structures. For instance, Gompers, Ishii, and Metrick suggest DCS firms deliver weaker financial performance. Andrade, Bressan, and Iquiapaza found that firms with DCS structures have lower independence from their boards, and indeed, show poorer financial performance and market value. In their paper published by the US National Bureau of Economic Research, Bebchuk, Kraakman, and Triantis found that agency costs associated with companies controlled by shareholders with a minority economic stake were highly negatively related to the share of the equity stake held by the DCS beneficiaries. These findings support and explain why the Council of Institutional Investors — whose general members include more than 125 pension and other benefit funds with US$3.5 trillion in combined assets under management — continues to endorse “one-share, one-vote” as the appropriate corporate governance standard.

Given these concerns — and the likelihood that DCS structures will be permitted — we hope stock exchanges will listen to investors and put in place proper safeguards against managerial entrenchment and other risks. 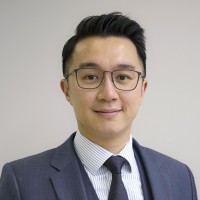 Rocky Tung is a director of capital markets policy for the Asia-Pacific region at CFA Institute. He is based in Hong Kong and is responsible for conducting research projects related to capital market structures in the region. He has over a decade of experience in economic and policy research, working closely with business leaders, government officials, academics and other stakeholders.

A policy of average-inflation targeting could be more effective in this environment than the Federal Reserve's typical method of targeting inflation through low interest rates, according to a letter from three economists at the Federal Reserve Bank of San Francisco. Bloomberg (tiered subscription model) (10 Aug.)

The Federal Reserve has unveiled the amount of extra capital required of each major bank included in the 2020 stress test. The requirement, dubbed the "stress capital buffer," applies starting Oct. 1 and marks the first time the Fed has imposed bespoke capital requirements. Reuters (10 Aug.)