The SEC is proposing major changes to the rules governing private markets. The goals are to help young companies raise capital and to expand retail investor access to private markets. In its response, CFA Institute argued that the proposal would weaken investor protections and tip the balance yet further against public markets.

Mention capital markets and investors may think of public equity markets like the S&P 500. But private markets raise more than twice as much capital as public markets. Mention private markets and investors may think of big players on both sides of the transaction: unicorns and other giant companies offering unregistered securities, and savvy, well-resourced institutional investors, such as private equity and venture capital firms and hedge funds, investing in those offerings.

But big-money transactions form just one part of the private markets. The SEC proposal largely targets other types, such as crowdfunding and Regulations A and A+, which are smaller by orders of magnitude and involve retail investors, including non-accredited investors.

As CFA Institute research shows, private markets play a critical role for companies not ready to go public. Yet entrepreneurs seeking to raise money must navigate their way through a confusing patchwork of rules. So the goal of rationalizing the regulatory framework for private markets makes sense. But not at the expense of investor protection and public markets.

By raising the regulatory limits for crowdfunding and Reg A+ offerings, the proposal could exacerbate adverse selection for retail investors. And a proposed rollback of an audit requirement (in sales of private placements to non-accredited investors) would exacerbate informational asymmetries. On the positive side, another proposed amendment would strengthen investor protection by excluding non-traditional securities, such as “Simple Agreement for Future Equity” securities, or SAFEs, from crowdfunding markets. (For more on SAFEs, see the SEC Investor Bulletin: Be Cautious of SAFEs in Crowdfunding.) On balance, though, the proposal would undermine investor protections.

If adopted, the proposal would be the latest in a series of laws and regulations that have steadily expanded private markets – to the point where they now dwarf public markets. In 2019, private offerings raised 69% (or $2.7 trillion) of all new capital raised, compared to 31% ($1.2 trillion) for registered offerings. Some academics attribute the decline of public markets largely to the regulatory expansion of private ones (see, e.g., Professors de Fontenay and Jones). This proposal would tip the balance yet further in favor of private markets.

The growth of private markets has been fueled by big-money deals involving big-money players, such as Rule 506 private placements and 144A sales to qualified institutional buyers (defined as owning and investing at least $100 million in securities). Markets for individual investors, such as crowdfunding and Regs A and A+, have lagged far behind (see Table 1).

The real constraint in crowdfunding and Reg A and A+ offerings appears to be limited investor demand, not overregulation. According to the SEC, most exempt offerings fall far short of existing limits. Only an estimated 10% of issuers have reached the offering limit for Reg A+ offerings. Likewise, few crowdfunding issuers – fewer than 30 – have reported meeting the offering limit of $1.07 million. As the SEC Investor Advocate pointed out (in commenting on the concept release preceding this proposal), it is unclear how regulation would boost the muted investor demand.

Whatever it ultimately decides, the SEC should place a pause on this rulemaking for now. First, it should decide whether to approve a separate proposal to amend the accredited investor definition and, if so, wait to observe its effects before introducing further changes with this proposal. (See the CFA Institute blog and comment letter on that proposal, which would also expand investor access to private markets.)

That’s not the only reason to delay consideration. As America faces multiple crises, now is not the time to make changes that could engender further investor confusion and heighten investor risks, including the risk of fraud.

There is also a more abstract but no less important concern:  the perceived legitimacy of US capital markets. Public markets – through their combination of transparency, level playing fields, and regulatory supervision – serve to foster that legitimacy. Private markets cannot claim those same attributes. A shift toward private markets would mean less transparency, regulatory oversight, and investor protection. The Commission should consider the ultimate impact of such a shift on perceptions of the legitimacy and fairness of the capital markets it regulates. 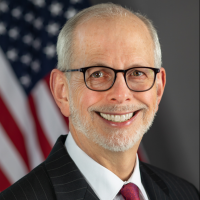 1 thought on “The SEC’s Proposal on Private Markets: Don’t Tip the Balance Further”