“We’ve basically dug ourselves into a huge hole. And we’re hoping to fill the hole by printing a lot of money . . . We’re just taking what was the response in 2008 and putting it on steroids.” — Louis-Vincent Gave, CEO, Gavekal

The resumption of business activity in the wake of the COVID-19 pandemic, ballooning central bank balance sheets, inflation’s resurgence, and the competitive dynamics between the United States and China set the stage for an enriching dialogue featuring Rob Arnott, founder and chair of Research Affiliates; Joyce Chang, chair of global research at JPMorgan; and Louis-Vincent Gave, CEO of Gavekal.

Their conversation, moderated by Brian Singer, CFA, partner at William Blair, took place at the inaugural Alpha Summit by CFA Institute in May and offered an insightful look at the policy landscape and the implications for investment strategy.

The effectiveness of lockdowns has varied across the world, but the shuttering of businesses has resulted in lost output and lost job opportunities almost everywhere, the panelists noted.

“There’s a narrative that it’s a tradeoff between saving dollars or saving lives and it’s never been either or,” Arnott said. “Deaths are family and personal tragedies. So is the destruction of careers and hopes and dreams.”

The sheer scale of the monetary and fiscal policy response to the economic crisis is unprecedented, with debt-fueled government spending and ultra-accommodative monetary policies injecting abundant liquidity into the markets.

In monetary policy, one of the key developments, according to Chang, has been the shift among central banks from an anticipatory, or outlook-based reaction function, to an outcome-based one. Rates are only set to rise after inflation and unemployment targets are realized.

“They’ve learned from the last crisis. They didn’t want to remove the stimulus too early,” she said. “But by waiting to see what happens next, there is just a real risk of mistiming here.”

That increases the chances that policy tightening could come too late in the cycle to control inflation. Compounding that, Chang said, the shortening of the business cycle, as evidenced by the sharp rebound in economic activity, further raises the risks of policy mistiming.

“This is not the standard business cycle,” she said. “A year ago, we all talked about what the recovery would look like: Is it a ‘V,’ is it a ‘W,’ is it a ‘U’? It kind of looks like a ‘U.’ It was the fastest downturn and also one of the fastest upturns.”

Gave expanded on the inflation risk, noting that the pandemic has created massive supply chain dislocations and a less connected world.

“This is not a deflationary shock that we’re going through. It’s quite an inflationary shock,” he said. “What we’re seeing is the world closing in on itself. Instead of an acceleration of globalization, we have a world that is splitting apart.”

During the 2008 financial crisis, Gave recalled, monetary stimulus was designed to promote growth at all costs to stave off deflation. In contrast, the current monetary policy impulse is of a much greater magnitude and, coupled with supply-side dynamics, could lead to significantly higher inflation going forward.

On the fiscal policy situation and the legacy of high levels of government indebtedness, Arnott observed that excessive debt slows gross growth and that excessive spending can divert human capital away from the private sector and toward chosen government programs.

“There are far more jobs open than there are people looking,” he said. “True, unemployment is still up from pre COVID, but it’s up because we’re paying people more to not work than to work. If that went away, we’d be at full employment right now.”

Moreover, if the US government piles up debt without any plans to make good on it, Arnott warned, there will be dire consequences.

2. US and China Divergence

“It’s an odd situation where the biggest guy in the room is just stepping on the gas like never before. And the second guy’s stepping on the brakes.” — Louis-Vincent Gave

The fiscal expansion the United States is embarking on is at a scale with few parallels in recent history.

At the same time, China is already tightening monetary and fiscal policy. China’s policy normalization reflects where it found itself during the COVID-19-induced economic crisis.

“They were first in, they’re first out,” Chang said. “They’re in a position where they can start to take some more proactive steps that I think the market wants to see right now.”

The policy divergence between the world’s two largest economies will result in capital flowing eastwards as China is mainstreamed into the financial markets. Despite tensions between the two superpowers, these inflows, supported by measures to liberalize financial market access and ownership structures, should provide a tailwind for China’s markets and economy.

The net effect would be a continuation of the appreciation of the renminbi against the US dollar, and thus a transfer of purchasing power from the Western to the Chinese consumer.

Central bank policies have exacerbated inequality by inflating the value of financial assets and thereby rewarding those with existing holdings and the means to participate in financial markets.

More generally, global inflation is seen at 3% this year compared to 1% last year, with a reflation tilt continuing over the medium term, Chang said.

“We’re at different starting conditions than we were at in 2008,” she said. “And I do think that the asset price reflation could continue for a while because you’ve got your excess savings right now, and you have consumer debt at a 40-year low.”

A concern is that a real discussion about debt sustainability will not happen until the market is unwilling to finance any more debt. That could be some time off given asset prices are buoyant.

The issue of asset price inflation raises concerns about potential bubbles. The essence of a bubble, in Arnott’s definition, is unrealistic growth expectations.

“You would have to use implausible growth assumptions in order to earn a risk premium on an asset at its current price,” he explained. “Case in point, Tesla.”

To justify its current stock price, Tesla would have to grow 50% per year for the next 10 years, Arnott explained. That’s 55-fold growth, far outpacing Amazon’s 11-fold expansion over the last 10 years.

“If [Tesla] grows 50% a year and finishes the decade with profit margins as high as the highest profit margin of any of the large automakers of any of the years in the last decade, a little over 10%, that would discount back to today, at a value of about $430 a share,” he said. “Okay, well, that’s below current prices. So that’s a bubble.”

But Arnott went further in his bubble definition, identifying a second essential characteristic.

Other stocks exhibiting bubble-like conditions, where fundamentals seem more or less immaterial to the marginal buyer, include certain FAANG stocks and some Chinese technology stocks, among others.

“Emerging markets is one of those places where it’s not as over-owned right now. They don’t have the fiscal space to put in these kinds of policies and sustain them.” — Joyce Chang

The underperformance of value stocks relative to growth stocks is among the most prominent features of equity markets over the past decade.

The spread in price-to-book ratios between growth stocks and value stocks reached a high of 10 to 1 at the peak of the tech bubble, yet measured 13 to 1 in September 2020. The current spread is back at approximately 10 to 1, indicating that value has beaten growth over the period since September 2020 by approximately 3000 basis points (bps).

“This run for value has a long way to go,” he said.

“US Treasuries are no longer doing the job that you want them to do in your portfolio,” he said. “They’re no longer hedging your equity risk.”

How do we know the diversification benefits are diminishing? In the past year, there have been three different episodes when the US equity market fell 5% or more, Gave explained. And each time, US Treasuries went down too.

“US Treasuries are no longer going to be the anti-fragile building block of your portfolio,” Gave said. 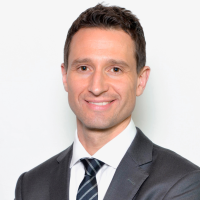 Rhodri Preece, CFA, is Senior Head, Research for CFA Institute and is responsible for leading the organization’s global research activities and publications, managing the research staff, and collaborating with leading investment practitioners and academics. CFA Institute produces the highest-caliber research on issues and topics most relevant to the investment industry, including rigorous in-depth research, forward-looking thought leadership content, applied investment insights, and commentary on trending investment topics. Preece previously served as head of capital markets policy EMEA at CFA Institute, where he was responsible for leading capital markets policy activities in the Europe, Middle East, and Africa region, including content development and policy engagement. Preece is a current member of the PRI Academic Network Advisory Committee, and a former member, from 2014 to 2018, of the Group of Economic Advisers of the European Securities and Markets Authority (ESMA) Committee on Economic and Markets Analysis. Prior to joining CFA Institute, Preece was a manager at PricewaterhouseCoopers LLP in the investment funds group from 2002 to 2008. He has a BSc and a MSc in Economics and is a CFA charterholder since 2006.