The end of the 2009–14 legislature in EU institutions, which spanned the post-2008 financial crisis, saw the birth of more than 40 pieces of legislation on financial services issues. The European Commission, stimulated by the European Parliament, developed financial services legislation to restore the stability of the EU single market in financial services. This was done in several stages (listen to our latest podcast for an overview). To summarize, reforms ranged from highly political (namely the financial transaction tax) to complex (including legislation on market structure and the revision of MiFID). An extremely important part of the process was the establishment of the European Supervisory Authorities — the European Securities Markets Authority (ESMA), European Banking Authority (EBA) and European Insurance and Occupational Pensions Authority (EIOPA) — which sit above national regulators. These pan-European authorities develop technical standards and guidelines designed to minimise fragmentation along national supervisory lines and engender a more cohesive single market. A related development under the latter stages of the legislature is the creation of the banking union, built around the European Central Bank as the single supervisor for eurozone banks — with the EBA continuing in its role to develop the single rulebook for the EU banking sector. The banking union aims to facilitate a more integrated banking sector within the EU and to mitigate the potential for systemic risks from banks acting across borders yet supervised (until now) at a national level.

The reform of the EU financial markets occurred at a time when the G20 and the Bank for International Settlements (BIS) and Financial Stability Board (FSB) were also concerned with systemic and interlinked risk at a global level. The EU has gone further than its global partners on many issues; it was Commissioner Michel Barnier’s imperative to leave a legacy document for his forthcoming replacement (for the next five-year term) that takes stock of the EU financial regulatory reform agenda under his watch. The staff impact assessment of some 350 pages goes deeply into what the legislation has achieved and what the cost benefit analysis is.

The hope of the outgoing European Commission and European Parliament is that the passed measures will bring empowerment to EU bodies working together with national authorities to oversee markets and achieve greater transparency — limiting excessive risk-taking, and building resilience and better investor protection into the system. The aim is also to build a financial market more at the service of the real economy by stimulating long-term financing and making the market function better for small and medium enterprises (SMEs) and retail investors. Some of these measures will still need to be passed by the European Parliament and Council in their role as co-legislators for them to be effective. These outstanding dossiers include bank structure reform, shadow banking, money market funds and financial benchmarks.

The full impact of the reform will only be measured in the years to come as it is too soon to catch enough data for quantitative assessments, thus the European Commission working document uses qualitative data and quantitative evidence wherever appropriate.

Interestingly, the figures stated in the working document for the costs to the EU economy are as follows:

The costs/benefits to the financial sector of compliance with the myriad measures have also been analyzed in the impact assessment accompanying the various legislative initiatives and is analyzed in further detail in the working document. 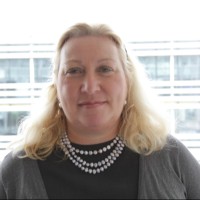