The Audit Gender Gap: Who Audits the Companies You Invest In? Investors wanted to know more about who audits the companies in which they invest and to hear from those auditors about the key issues they encountered in performing the audit.

It’s easy to understand why. The gender diversity of the auditing firm and how long that firm has been auditing the particular company, among other factors, could potentially yield investable information. Click here to see our paper New Public Company Auditor Disclosures: Who Audits the Company You Invest in? How Long Have They Been the Auditor?

So the Public Company Accounting Oversight Board (PCAOB), which regulates auditors of US public companies, passed new rules to provide greater transparency on these issues and to increase both the credibility of the auditors and the relevance of the audit reports to investors, as then-PCAOB chair James Doty explained in an interview.

The US SEC approved the first change, the Auditor Reporting of Certain Audit Participants (Audit Participants Standard), in 2016. This allowed investors to identify the audit firm issuing the opinion, the partner assigned to the engagement, and the degree to which the primary auditor engaged other auditors to reach their conclusions on the financial statements. This information is now accessible on the PCAOB’s AuditorSearch database by company name or ticker symbol.

The changes entailed in the second modification, The Auditor’s Report on an Audit of Financial Statements When the Auditor Expresses an Unqualified Opinion (New Audit Reporting Standard), which received SEC approval in October 2017, fell into two distinct categories: Overall, these new regulations offered more transparency into who executes the audit, the duration of the auditor’s relationship with the company, and the central issues the auditor faced when executing the audit.

For insight into how this information might influence investment decisions, particularly as it relates to gender diversity and auditor tenure, CFA Institute conducted a study, “New Public Company Auditor Disclosures: Who Audits the Company You Invest In? How Long Have They Been the Auditor.”

The findings were compelling, particularly on gender diversity, which research indicates improves decision making in management and the boardroom.

Although CAMs-related disclosures will not be available until 2020, we reviewed data on lead engagement partners and auditor tenure to determine what general, if not company-specific, insight investors might harvest. We identified the lead engagement partners of S&P 500 companies through the AuditorSearch database, sourced the audit tenure of these same S&P 500 companies with Calcbench, and supplemented this data with manual verification.

Because audit tenure was not required for all firms with a year-end prior to 15 December 2017, we could only access audit tenure data on 409 of the S&P 500 companies as of this writing. The information on the other 91 firms will be available in late 2018.

We filtered the lead engagement partners of the S&P 500 companies to identify those in the S&P 100. Over time, investors and analysts will be able to track the movement of these individuals among the companies — time series information that may be important for investment decisions. We also tracked the gender diversity of lead engagement partners by auditing firm for both the S&P 500 and S&P 100.

There are substantial differences among the audit firms. Deloitte had the highest percentage of female lead engagement partners by S&P 500 firm, with about 21%. KPMG had the lowest with roughly 11%.

The two Big Four accounting firms with the most S&P 500 clients, PwC and EY, had the highest percentage of women lead engagement partners, with about 16% and 13%, respectively.

Overall, the S&P 500’s lead engagement partners were less gender diverse than the S&P 500 company boards, which are about 21% female, according to Catalyst.

Given these results, the mandatory rotation of lead engagement partners every five years, as stipulated by the Sarbanes-Oxley Act of 2002, presents an opportunity for audit committees to increase gender diversity.

Click here to see our paper New Public Company Auditor Disclosures: Who Audits the Company You Invest in? How Long Have They Been the Auditor? 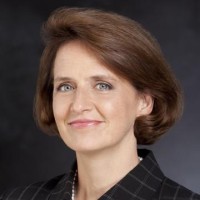