Ben Bernanke: An Insider’s Take on the Economy

It was just shy of two weeks since President Donald Trump’s inauguration when former US Federal Reserve chair Ben Bernanke took to the podium at the CFA Society Boston’s 31st Annual Market Dinner.

During that time, the Dow Jones Industrial Average (DJIA) had breached the historic 20,000 mark for the first time, one prominent newspaper had characterized some of the new president’s actions as “the most aggressive campaign against government regulation in a generation,” and the US dollar had tumbled after Trump’s top trade adviser, Peter Navarro, said Germany was leveraging a “grossly undervalued” euro to gain an edge on the United States.

His presentation covered a broad range of topics, from the current state of macroeconomics, regulation, and policy, to financial stability and the geopolitical climate at large. Here are a few key takeaways from his speech and the subsequent question-and-answer session:

1. The US economy is “The Little Engine That Could.”

Despite aftershocks that continue to reverberate from the 2008 crisis, the United States has enjoyed steady growth and job creation, Bernanke said. In fact, more than 15 million jobs have been created since 2010. In addition, the inflation rate is currently stable at under 2%. All signs indicate that the economy has “room to run,” he said.

2. President Trump identified fundamental problems in the US economy.

Bernanke noted that President Trump’s surprising election can be credited, in part, to his ability to tap into public dissatisfaction with the US economy. Trump identified the “fundamental problems that have been festering,” Bernanke said.

What precisely are these problems? Globalization-related disruptions and low economic productivity have left many with a pervasive sense that they have been left behind in the aftermath of the financial crisis, according to Bernanke.

If Trump’s “upset election” provides the necessary incentive for policy makers to address these issues, it should count as a positive, Bernanke said.

3. Trump’s proposals may or may not help those who feel left behind.

Bernanke identified a few potential barriers that could keep the new administration from achieving its goals:

With these factors in mind, Bernanke cautioned the crowd to “Wait and see what happens before we anticipate a boom in the economy.”

4. There’s no reason to think there is an increased risk of a recession.

Despite the uncertainty surrounding the new administration, Bernanke said, the potential for a recession has not changed. Understanding the financial system is not the same as forecasting what may come, he explained. To use an analogy, doctors can understand the human body and treat illnesses, but they can’t predict when someone will go into cardiac arrest. The same goes for the economy.

In the weeks since Bernanke’s talk, the Trump administration has announced the overhaul of many financial regulations put in place during his tenure at the Fed, including steps to repeal Dodd-Frank and the Department of Labor (DOL) Fiduciary Rule.

That said, these key regulations still remain and are important to keep in mind as we look to put the client’s interest first. Regardless of the regulatory regime, all advisers must act with the highest standard of care.

Regulations may change, but standards don’t. 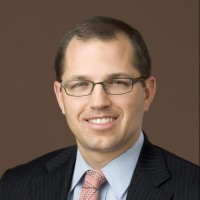 1 thought on “Ben Bernanke: An Insider’s Take on the Economy”