Monetary Policy Gone Wild: A Lost Generation of US Growth?

Following the stock market crash of October 1987 and just two months into his 19-year tenure as chair of the US Federal Reserve, Alan Greenspan sanctioned the leaking, by the New York Fed Markets Desk, of Fed plans to inject liquidity into the financial system ahead of such moves.

With moral hazard unleashed via the invitation to front run monetary policy, the Fed Put was born. Thus began a long love affair between the Fed and speculators.

Each cycle of financial repression that ended spectacularly, from the dot-com bust to the housing bubble, required increased levels of liquidity to prevent the weakest businesses from being culled and to stunt the process of creative destruction that is the bedrock of capitalism. To damage control the aftermath of the global financial crisis (GFC), the Fed grew its balance sheet to a fifth of US GDP and bailed out a multitude of companies that nature would have otherwise restructured through bankruptcy.

For good measure, as they’re apt to do, foreign central banks followed the Fed’s lead.

The upshot: Global debt reached $255 trillion in 2019. But that won’t mark its peak as governments worldwide try to defuse the debt bomb that COVID-19 has primed. Meanwhile, after increasing by $2.5 trillion in the first half of 2020 and based on GDP estimates, US nonfinancial business debt has swelled to an estimated 96% of GDP. Of course, that trend is eclipsed by the enormous amount of cash that’s being hoarded.

The pre-pandemic debt level has exploded to record highs.

The challenge today is the magnitude of the GFC fallout. Liquidity largely dealt with the dodgy mortgages US banks had extended to subprime borrowers that catalyzed systemic risk when Lehman Brothers collapsed. And quantitative easing (QE) injected capital markets with the animal spirits needed to re-open capital markets. Defaults that would otherwise have taken place were delayed by more than a decade.

The current crisis requires more of a response than opening the liquidity floodgates. The Fed will be tested as never before expressly because its overextension of liquidity to the corporate sector has created armies of zombie firms whose business models are so weak and cash flows so low that they can’t survive what’s to come for the US economy.

An estimated one-in-five US firms does not have sufficient profits to cover interest expense.

And yet, Jerome Powell has pledged to channel his inner Mario Draghi and do whatever it takes to ensure that no harm comes to investors. Among the powers the Fed has attained by arranging Enron-esque off-balance-sheet vehicles at the Treasury is the authority to buy junk bonds, no less,

“We will continue to use these powers forcefully, proactively and aggressively until we are confident that we are solidly on the road to recovery.” — Jerome Powell

As for the consequences for bad companies and bad market players, Powell has made his most historic avowal:

“We should make them whole. They did not cause this.”

This astonishing confidence prompted one question implicit in the Powell Pledge: Can Fed liquidity address solvency? In a Twitter poll taken 24 April, 79% of respondents answered in the negative.

Hyponatremia, more commonly known as water intoxication, is a condition in which sodium (salt) and other electrolyte levels become dangerously low. As the Fed’s balance sheet skyrockets, Powell has been forced to back off the QE pace. There are simply too few Treasuries to buy at committed levels.

But what of the bond market? Can an overabundance of liquidity be counterproductive? Prior to the virus outbreak, the amount of liquidity the Fed was injecting into markets under the false pretense of technical repo operations and what was referred to as “not QE” was unprecedented in records going back to 1969.

Pre-pandemic Federal Reserve liquidity was at a 50-year high.

This credit and stock market water intoxication pushed valuation levels to untenable heights. Risky asset prices became so disconnected from the real economy, the correlation between the S&P 500 and GDP was effectively broken. Multiple expansion was solely responsible for asset price levels that were in turn wholly predicated on Fed liquidity remaining conspicuous in its unprecedented abundance.

As with the onset of the last two recessions, the markets were but one exogenous shock shy of imploding under the weight of the liquidity-driven leverage the Fed had pumped into the markets. COVID-19 was that shock. And then some.

Now the Fed is endeavoring to do what 79% think is impossible — violate the law otherwise known as the Federal Reserve Act of 1913 to keep insolvent firms alive. Time is the most critical element at work. If COVID-19 lingers as an economic drag, if the recovery is anything but “V” shaped, the Fed will fail in the footrace between liquidity and solvency.

The need for credit rating agencies to downgrade credits complicates but does not thwart the Fed’s efforts. Before the crisis, a frightening proportion of US debt rated as investment grade (IG) debt was in in reality probably high yield (HY), otherwise known as junk bonds. In short, a mild recession would see them downgraded in the blink of an eye and shock retail investors who thought they owned solid securities.

The duct tape holding the façade together today is 2021 earnings estimates off of which markets are theoretically trading. Investors are looking past a full year of a bloodletting at the bottom line and that’s a best-case scenario.

For context, in 2008, there was no shutdown of the US economy and earnings fell 69%. In the 2015–2016 industrial recession, S&P 500 earnings slumped by 15%. All things considered, it’s fantastical to accept that full year 2020 earnings will only be down 21.5%. The absence of share buybacks, which accounted for about 40% of earnings per share in the past cycle, will introduce a separate source of pressure. For the moment, according to Citadel Securities, corporate volumes have been somewhat offset by retail traders who are estimated to account for a fifth of trading as speculation and valuations hit historic highs.

Earnings per share was a huge driver in the last cycle.

Even harder to fathom are projections that revenues will only decline by 3.9% in calendar 2020. More than 3,600 US firms have declared bankruptcy this year, a figure that could easily double. Many firms held on for dear life, counting the days until their respective economies reopened. Premature state reopenings and no federal mask mandate, however, have backfired prompting two outcomes. With health care systems buckling under the strain of soaring hospitalizations, governors and mayors have been forced to reverse reopening across the nation.

The politicization of masks has the potential to be one of the costliest errors in US economic history. In mid-April, Gallup (rated “Least biased” by Media Bias / Fact Check) revealed that 26% of surveyed Republicans “always” wore masks, half the percentage of Democrats. At the time, the percentage of US adults who said they had worn a mask in public in the past seven days was 51%. By early July, that figure had risen to a high of 86%, in part reflecting mask requirements that have been slowly rolled out on a state or city-level basis. Reflecting this, OpenTable reservations have reversed their improvement — on 21 June, reservations were down 42% from the prior year, before the worst of the virus statistics ramped up.

Curtailed dining out only tells a part of the story. That same Gallup poll found that 41% of college graduates “always” wore a mask or cloth face covering outside of their homes. What we can’t see is the economic damage that’s been exacted by this cohort sheltering in place.

We do know that the top two quintiles of the US income stack account for 61% of consumption and 42% of GDP. The percentage of the population with college degrees in the Gallup poll is a good proxy for these same top two quintiles. It follows that spending has been enormously repressed which is reflected in April’s record high saving rate of 32%, which only fell to 23% in May. Americans with the means to spend are saving at an unprecedented rate.

An acceleration in bankruptcies cannot be ruled out against such a backdrop. Forecasts call for 25,000 retail stores to close in 2020 on the heels of the record 9,800 in 2019. By 2025, estimates call for the tally to hit 100,000. One-third of office space in North America is in metro areas that rely heavily on public transportation. CoreLogic has warned residential real estate prices to fall by 6.6% in the 12 months through May 2021. Once the pent-up demand for housing is exhausted and the minor exodus to the suburbs by those with the financial latitude to make that move concludes, the reality of a six-year low in mortgage availability and sellers who need to monetize the equity in their homes will settle in.

And then there is the potential fiscal cliff assuming legislated stimulus to fully replace the extra $600 per week in unemployment insurance is still not passed less than three months shy of Election Day. Are higher corporate and income taxes a given? Will mortgage forbearance and rental moratoria be extended? Are small businesses poised to reduce headcount once their obligations under the Paycheck Protection Plan are satisfied?

The number of questions that can’t be answered hangs heavy over the US economy. It’s one thing that third-quarter GDP estimates continue to come down. That’s to be expected as grand reopenings become destructive reclosings. It’s quite a different proposition to contemplate the protracted downturn that has become manifest in data.

The Fed could be setting the US economy up for a harder fall down the road by flooding markets with cash and spurring investors to prop up firms that are not fit to survive. The long-term risk posed to the economy is that the restructurings that were once emblematic of the creative destruction that fomented innovative new firms will make way for a generation of painful liquidations.

It should never have come to this. 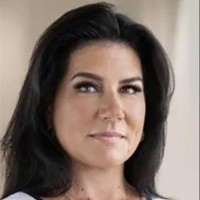 Danielle DiMartino Booth is CEO and chief strategist for Quill Intelligence LLC, a research and analytics firm. Previously, she worked at the US Federal Reserve Bank of Dallas as adviser to Richard W. Fisher, then-president of the bank. DiMartino Booth is author of FED UP: An Insider’s Take on Why the Federal Reserve Is Bad for America. She earned a BBA as a College of Business Scholar at the University of Texas at San Antonio, an MBA in finance and international business from the University of Texas at Austin, and an MS in journalism from Columbia University.

6 thoughts on “Monetary Policy Gone Wild: A Lost Generation of US Growth?”