Facebook’s Libra project has attracted enormous attention, not all of it positive. Some of the deeply critical reactions were on display recently when Libra representative David Marcus appeared before the US Senate Banking Committee and the Financial Services Committee of the US House of Representatives.

The skepticism is fully understandable. Libra upsets many paradigms, chief among them the virtually unchallenged dominance sovereign states have held in currency matters throughout history.

But Libra also represents a timely opportunity — and a critical wake-up call — to reflect on the monetary system as it is currently constructed. Does it actually serve the needs of society as whole?

The answer to my mind is a clear and resounding no.

Why? Here are are three reasons, though they are hardly comprehensive:

1. The Unbanked and Underbanked

The current system excludes 31% of the world’s adult population. Roughly 1.7 billion people are unbanked. In Ethiopia, Nigeria, and Pakistan, 60% or more of the adult population fall into this unserved cohort. And the unbanked aren’t the only ones being shortchanged. Many, many more are underbanked.

Payments, especially across borders, can be costly, inefficient, and slow. “For the end-user,” a US Federal Reserve paper noted, “the frictions include the predictability of settlement timing and costs, as well as the general opaqueness of correspondent banking networks.” To put it in plain language, customers often do not know and cannot find out how long a cross-border payment will take, how much it will cost, or which banks will be involved. International payments depend on correspondent banking, a system pioneered by Medici bankers in Renaissance Florence more than six centuries ago. It may have been a great innovation then, but isn’t it time to move on?

And even this inefficient and outdated payment infrastructure is beyond the reach of many of the unbanked and underbanked. They have no choice but to rely on services with exorbitant and exploitative fees. Overseas workers, for example, can be charged 5% or more to send remittances to support their families back home.

Add the foreign exchange conversion fees imposed by banks that routinely overcharge small customers, and the picture becomes even grimmer.

The US dollar is the world’s reserve currency and the principal medium through which global trade is conducted. Why is that a problem? Because there is no governing framework to address the legitimate interests of dollar users outside the United States. They have no choice but to rely on the goodwill of the United States and have neither a forum to air their concerns nor an effective redress mechanism.

I could go on.

For a more exhaustive exploration of how those who place their trust in a national currency as a store of value have been duped, through devaluations and high inflation, among other forms of financial repression, I recommend the masterful This Time Is Different: Eight Centuries of Financial Folly by Carmen M. Reinhart and Kenneth S. Rogoff.

The message is clear: As far as the monetary system is concerned, we do not live in the best of all possible worlds. Far from it.

And that’s where Libra comes in.

The concepts underlying Facebook’s currency experiment are not new. In The Denationalisation of Money, for example, Friedrich Hayek proposed a similar, if much more radical, solution, declaring that “price level stability can be achieved only by removing from national governments their monopoly of money creation.”

Indeed, while the Libra Association is a private entity, Libra will be backed by a basket of fiat currencies. This, too, is not especially novel. Hélie d’Hautefort and I explained the rationale for such an approach and proposed a currency basket representing more than 80% of the world economy that was introduced in 2009. In 2018, the GLX stablecoin, which is based on this basket, was launched by the Globcoin Group and went live on the Ethereum blockchain.

What distinguishes Libra is that Facebook is entering the fray along with an impressive array of companies that compose the Libra Association. Not one of these firms is a bank. Together, the Libra Association has the resources and customer base that no start-up could even dream of. Because of that, it could have a truly momentous impact.

The appropriate response to Libra or the larger crypto phenomenon is not a binary yes or no. Rather, it’s to engage in a wide and deep debate on how to create technology-enabled monetary solutions that better serve humanity. So far at least, the traditional banking sector has not been up to the challenge, preferring instead to use compliance requirements as a fig leaf to protect what is an all but entrenched oligopoly.

This debate must consider and address governance, client protection, and systemic risk, among other factors. Such a discussion will be poorly served, however, by intellectual taboos and overreliance on “orthodox” theory. Taking ideas for granted — including well-received ones about the underlying necessity of conducting monetary policy — can be problematic. After all, though I am not offering a judgment on his ideas one way or another, Hayek did title a chapter of The Denationalization of Money “Monetary Policy Neither Desirable Nor Possible.”

Fixating solely on a necessary objective — say, combating money laundering — without accounting for the proportionality principle through a detailed cost–benefit analysis will not be helpful either. We need to assess whether the harm inflicted by proposed regulations or restrictions on the monetary system’s architecture is justifiable relative to the benefits accrued by achieving the objective.

The point is not whether Libra is a solution or a counterproductive step backward. My hope is that competing proposals emerge and that a true marketplace of ideas opens up that surfaces and tests the best among them.

The genie is now out of the bottle. Money’s status quo has failed much of the world, and incremental improvements will not suffice. 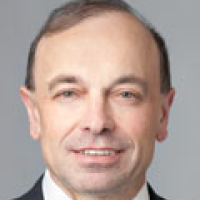 Dr. Giuseppe Ballocchi, CFA, is passionate about bridging the gap between the theory and the practice of finance with a pragmatic, multi-disciplinary approach. He is a partner with Alpha Governance Partners and specializes in derivative strategies. Dr. Ballocchi serves on a number of company and investment fund boards and is a member of the Future of Finance Content Council of CFA Institute. He is an adjunct professor and member of the steering committee for the master in finance at the University of Lausanne and a visiting professor at the University of Malta. He served on the Board of Governors of CFA Institute, where he chaired the audit and risk committee. He also served as president of CFA Switzerland. Dr. Ballocchi was head of financial engineering and risk analytics at Pictet & Cie; chief investment officer at Olsen Ltd.; a fixed-income manager at the Asian Development Bank in Manila; and a high-energy physicist at CERN. He holds a laurea (MS) in physics from the University of Bologna in Italy, an MBA from the Open University of the United Kingdom, and a PhD in high-energy physics from the University of Rochester in the United States. He is the author of more than 50 academic publications in physics and finance, including a reading for the CFA curriculum. He is currently writing a book on pitfalls in wealth management.

1 thought on “The Libra Project: A Timely Wake-Up Call?”